I’ve posted a lot of green food recipes lately, and here’s yet another one. It’s still a spring thing - split pea soup is certainly in season right now (at least in the Northeast, where it’s pretty much still spring until June).

Most split pea soups have ham added to them (Easter leftovers, amirite?), so I wanted to try to pull in some of that depth of flavor into a vegan split pea soup version. Also, I’ve been wanting to give eggplant “bacon” a try, and this was the perfect excuse.

The soup itself celebrates the pea flavor - split peas are combined with vegetable stock and onion and cooked for a long time until the peas are melting into the broth. A whiz of the immersion blender completes the puree. (Can I say “pea-forward”? No, no, gah, that's terrible, forget it…) 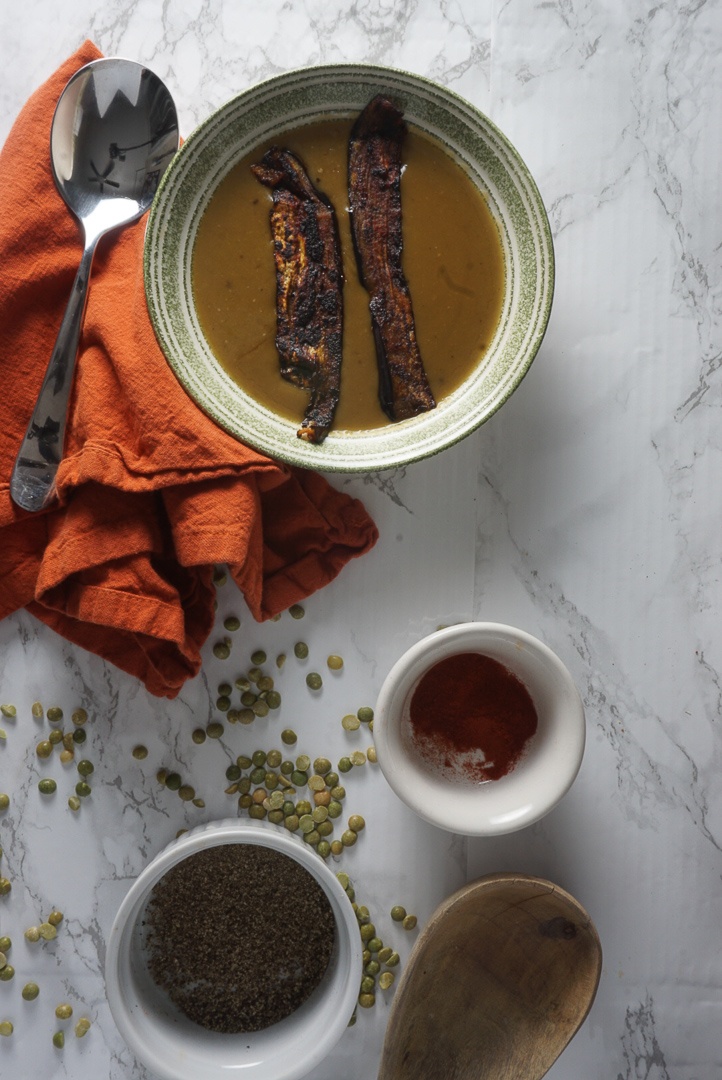 The eggplant bacon was pretty interesting to make - it takes a bit of practice to get the thin strips with the vegetable peeler, but it’s easy enough once you get the hang of it. Then you just brush with the seasoning mixture and cook. A lot of recipes call for liquid smoke, but I left that out because a) I don’t think it needs it and b) it’s basically distilled barbecue smoke which just sounds kind of gross to me (and I have done absolutely no research on this but I don’t know what they were cooking to generate the smoke and I doubt it’s vegan).

I tried both oven and pan frying, and pan frying was the far superior method. I burnt the ever loving *#&$ out of the eggplant when I tried cooking it the oven. It started burning pretty much immediately, so if you’re going to try this I would recommend going super low on the temperature. Cooking on the stove top gives you much more control. 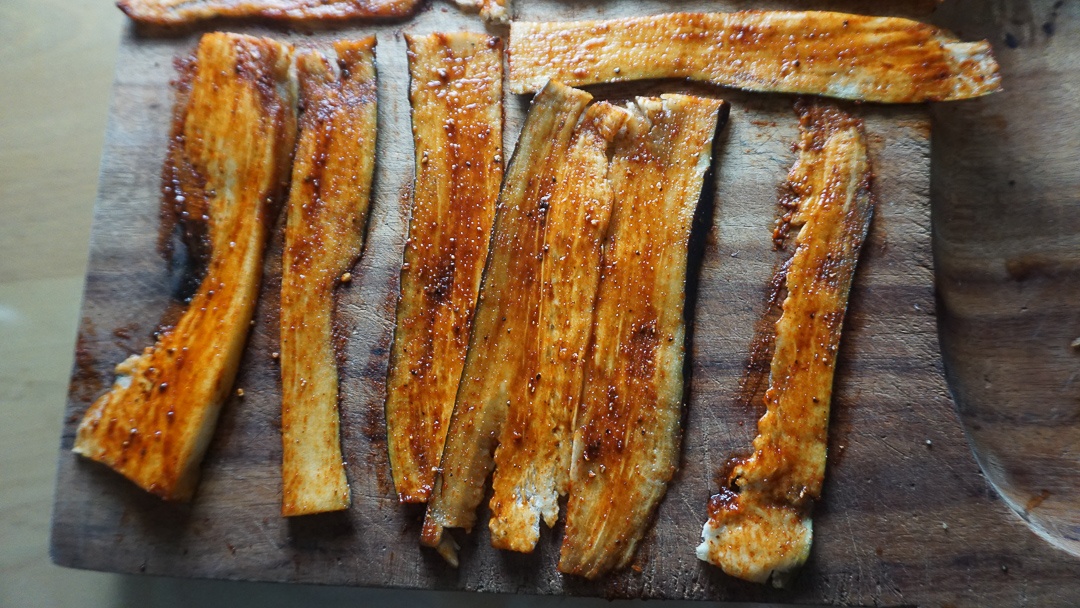 This recipe is husband/ carnivore approved, and he especially loved the eggplant bacon - win!

Serve this with some crusty bread with olive oil for dipping. Or a grated carrot salad with a tart homemade vinaigrette would be a lovely complement to the deep flavors of the soup and smoky flavor of the eggplant bacon.

Have you ever made eggplant bacon? Did you have success with the oven if so? What do you think of liquid smoke, am I wrong? Do you like split pea soup? Let me know in the comments! 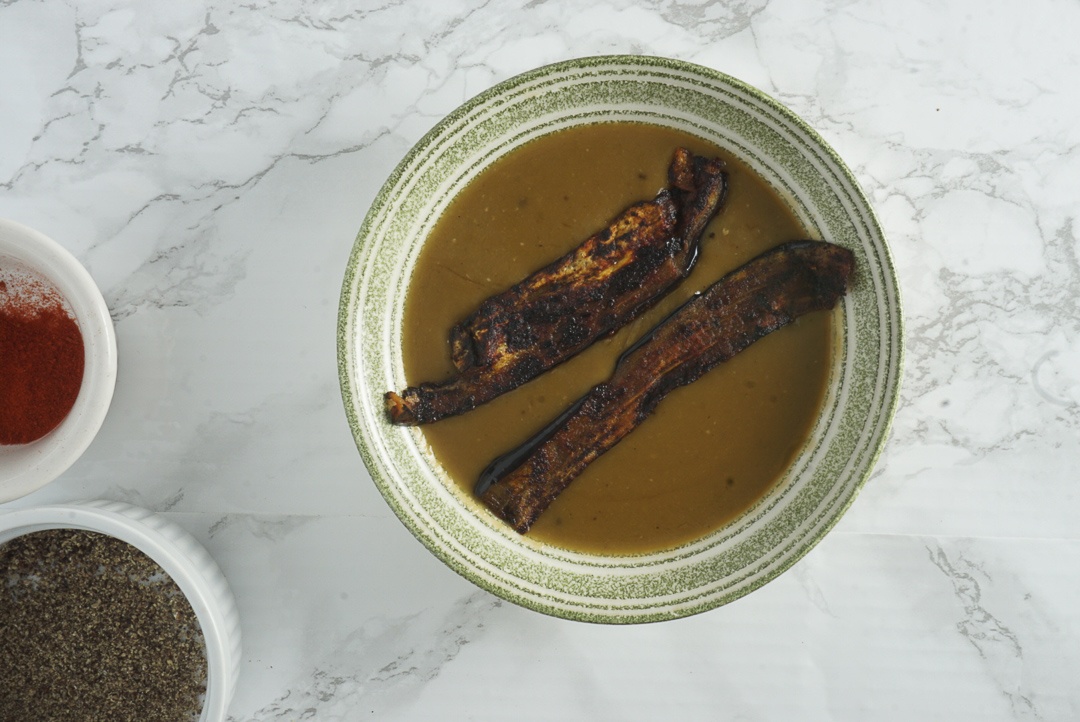 GET THE LATEST BEAN QUEEN UPDATES IN YOUR INBOX!