Well hello, October. The air is crisp, the leaves are brilliant, and the sky is that deep saturated blue that’s so intrinsically Autumn in New England. It’s a time to bring out the flannel shirts and thick socks, shake the dust from sweaters, and see how long you can hold out before turning on the heat for the first time.

It’s also a time to go apple picking, which I did recently. In addition to the last of the apples and some fresh picked raspberries, I left the farm with a good amount of butternut squash. Butternut squash dishes are a hallmark of the end of summer and early fall, marking the beginning of the bounty of harvest season and reflecting the brilliant orange of the slowly falling leaves.

That chilly bite in the air offers permission to fire up the oven and start serving savory dishes again. Here, butternut squash and beans are seasoned with deep, spicy flavors, wrapped in a flaky pie crust to form a savory galette, then heated until hot and bubbly.

This vegan galette is sweet, savory, spicy, and boasts a lovely orange color that mirrors the color of October. The beans lend a deep creamy texture to the filling which pairs perfectly with the rich and flaky crust. 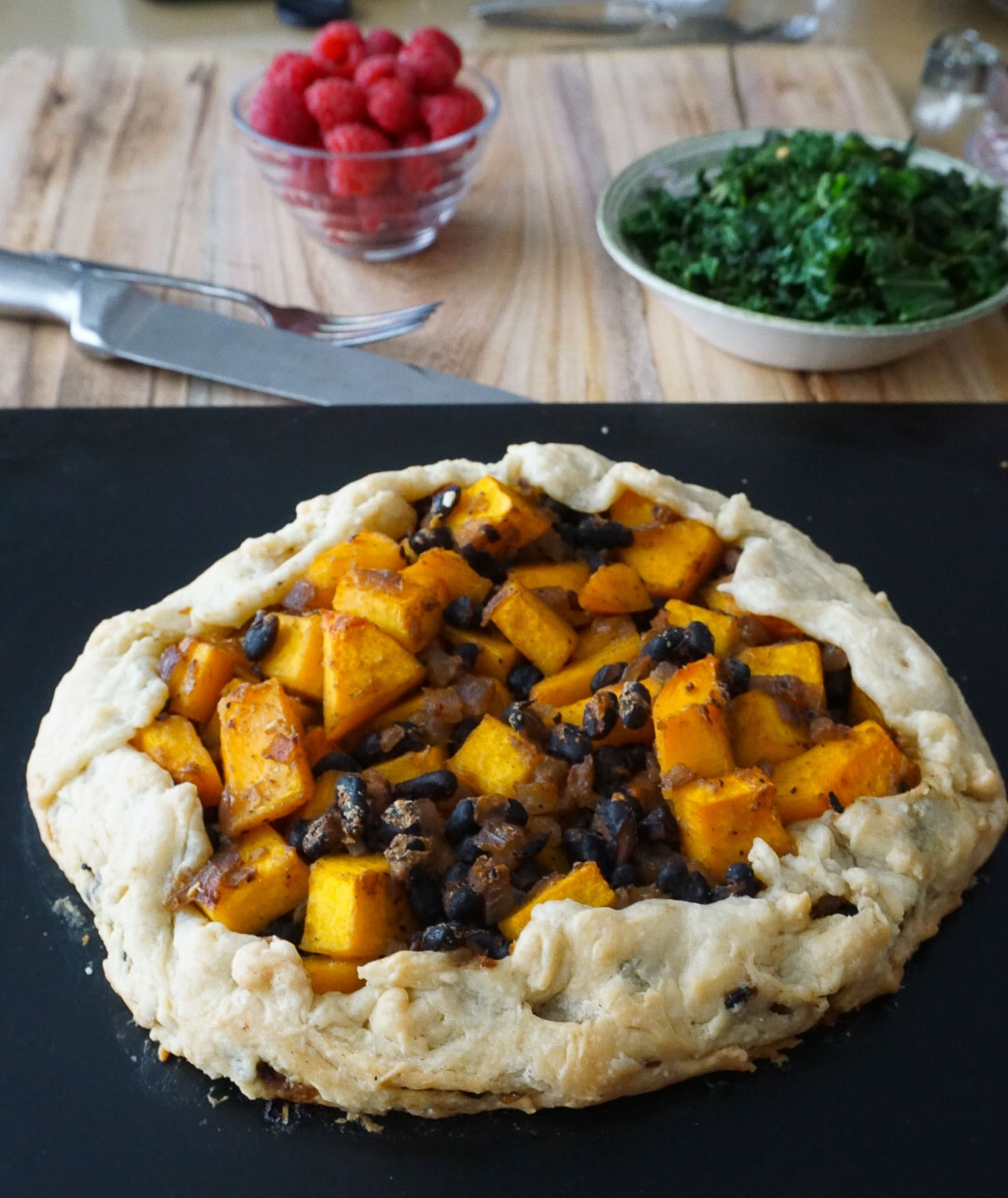 Serve this with some hearty sauteed greens (I included a recipe for my favorite way to serve them) and a small bowl of fruit to complement the sweetness of the butternut squash. I found raspberries (also in season) to be a perfect accompaniment. Fruit isn’t just for snacks and dessert, after all.

Since this dish can be assembled a day or two in advance, this is perfect for a small dinner party (Friendsgiving, anyone?) or even to add to your Thanksgiving menu (just make sure you can find some space in the oven). You can also make this in advance - it’s just as delicious at room temperature as it is hot.

I know a pie crust isn’t the healthiest thing in the world, so if you’re looking to cut out the crust, I’d recommend cooking the filling in a casserole dish and serving over some cooked grains. I think that farro finished with a bit of cumin (and maybe even a bit of lime juice) would work perfectly here.

I really hope you enjoy this as much as I did, and I’d love to hear what you think in the comments or on social media. Happy Fall! 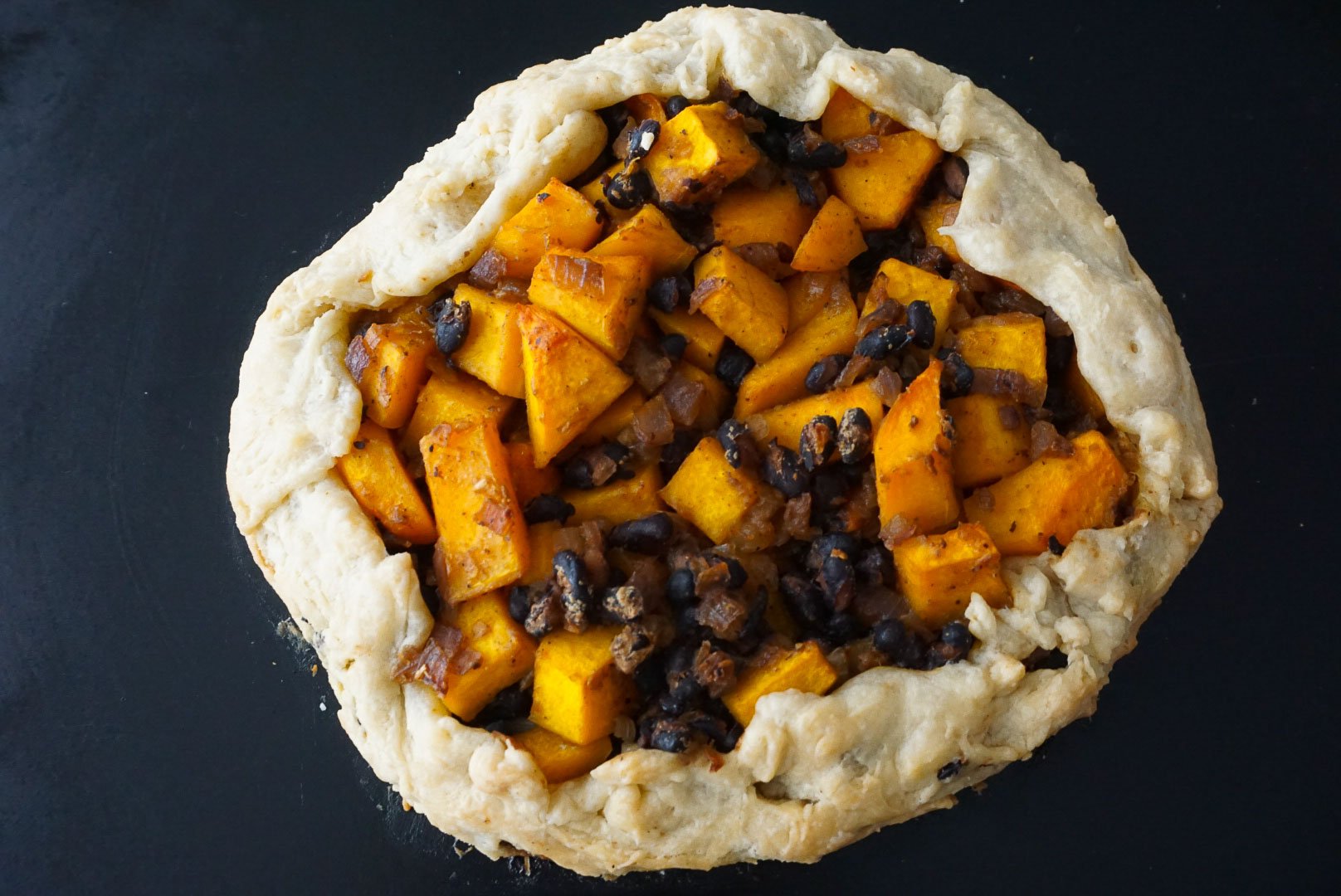 Crust (this can be made up to 3 days ahead)

Cut the galette into four slices and serve with the greens on the side. Throw in a bowl of raspberries for an amazing meal!

You can store in the fridge for up to 3 days. This should be reheated in the stove rather than the microwave to retain the crispy crust.

GET THE LATEST BEAN QUEEN UPDATES IN YOUR INBOX